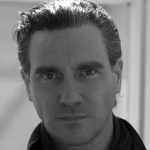 Canevari mainly creates sculptures which often embody the glumness of the modern world. He transforms industrial waste products, like rubber and tires, into striking constructs which emphasize how humans have reshaped the earth. Through his work, Canevari is also deeply expressing his views on religion, the urban myths of happiness and major principles behind creation and deconstruction.

Canevari also expresses his views through video installations: his examinations with video evokes deep imagery which is ephemeral yet visually striking; rejecting notions of the permanence of monuments, and questioning the significance of artistic sculptures in modern society.

Since his series of Monuments of the Memory, Canevari continuously researches the declination of artistic and linguistic forms of expression with drawing, painting, and sculpture; everything fragile is poetic, and drawing in its nature is that example of fragility and poetry. He investigates the concepts of absence, the power of the individual’s imagination, and the personal experiences in relation to the work of art and its universal symbolism.

With his Wearable Art projects, Canevari delves into his ideas of drawing, painting, or sculpting iconography and recognisable imagery into another dimension: into something we can wear. Lupe Romane incorporated the ancient Roman micro-mosaic techniques, and features the She-Wolf, a significant symbol of Rome, celebrated for her nurturing and protective powers. His most recent project, Sweets, also engages with universal imagery evoking emotions of nostalgia. Playing with aluminium foil that comes from candy wrappers, the casted silver rings evokes memories of our childish behaviours, where we fiddle with such limited, yet malleable, materials.

‘I believe that the most important inspiration for an artist’s work is people’s way of thinking. Spirituality, as part of the human condition, brings with it a presence, a meaning, a symbol, a soul. I utilise icons in my work as a way of connecting with this fundamental truth. A tire, a skull or a bomb are recognisable images and part of our universal knowledge, just as much as a sacred image, or an image of a dog. What I do is use these icons in a new context, or structure, that places their meaning in jeopardy.’ – Paolo Canevari