Elisabetta Cipriani speaks to Ilya and Emilia Kabakov about The Fly

Widely known as pioneers of conceptual art, Ilya and Emilia Kabakov are among the most significant international artists to have emerged in the late 20th century. Having worked together since the late 1980s, the Russian-born American based duo is best known for their paintings, drawings, and immersive installations which address ideas of utopianism. Elisabetta Cipriani invited the Kabakovs to discuss their expansive artistic career and wearable art collection, The Fly.

IEK: This is a loaded question and one we always try to avoid answering. How can you explain why your relationship works? Why your marriage doesn’t fail? Or how you won a lottery/ you simply cannot. But we can say this: love, mutual respect, ability to listen to each other and… intervention of some luck and Angels. The rest is easy. We have been working together for 31 years now and we have known each other… forever. We wouldn’t be together if we didn’t enjoy working together. Our life is our work and our work is our life.

EC: Over the past few decades, your evocative works have reflected the socioeconomics of the late Soviet Union as well as responses to oppression and isolation more broadly. Why do these themes fascinate you? How did your experience of living under the Soviet regime influence your artistic practice?

IEK: Actually, in the latest few decades we have been working on completely different thematics: Utopia, Angels, human place in this world, migration, but it has always been was much more complicated than just socioeconomics of people of Soviet Union. Yes, we were born and raised there, but /and it’s a big BUT/ we were influenced not so much by the reality of life but by Russian culture,  utopian fantasies, ideas and dreams that the literature and crazy Russian idealists cultivated and promoted in literature, music, visual art and in our education. We can only say that all around the world people’s dreams and emotions and wishes and fears are so similar, that it’s impossible to tell from which country they come from and in which country they were raised. It’s human and we think that’s why our art is accepted universally, even if, very often, it is misunderstood as depicting Russian life only.

EC: Your works contain strong narratives and often feature distinctive characters and recurring symbols. Why do you place this great emphasis on storytelling? Ilya, would you say that your background in children’s book illustration plays a role?

IEK: Russian culture is based on narrative. We know Russian literature better than Russian visual art, because it’s really better and stronger and like we have mentioned before it is based on human suffering, emotions and feelings. It has nothing to do with book illustration but a lot with narrative, nature and tradition not only of Russian literature, but also of Russian visual art.

EC: The fly is a reoccurring motif in your artistic oeuvre, which began to develop in the 1960s. For instance, the fly motif is referenced in Queen Fly (1965), Pipe, Stick, Ball, and Fly (1966), Life of Flies (1992), and Concert for a Fly (1986). Could you please explain your fascination with the fly as a powerful metaphor?

IEK: The Fly is a symbol of freedom: we don’t notice her, and she is free to move around, to see everything, to explore everything. We cannot bind her freedom, cannot put any restriction on her flight. It’s also typical and very common for public spaces in Russia and every country where accumulation of garbage is not something people even notice anymore. 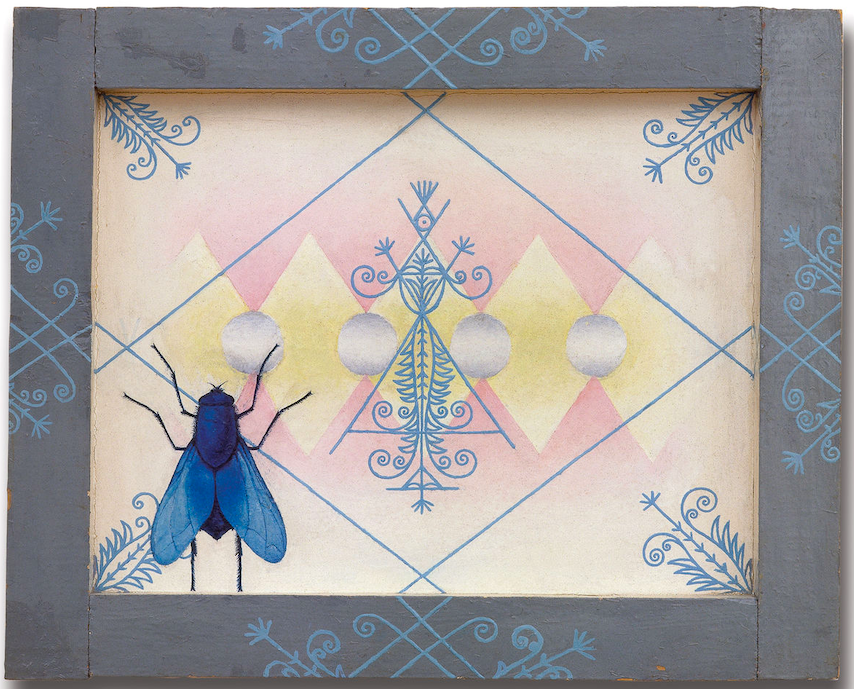 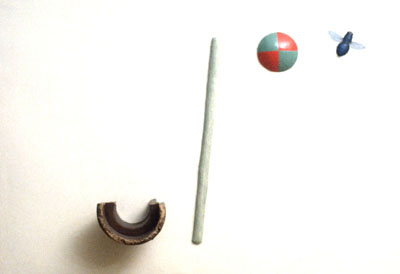 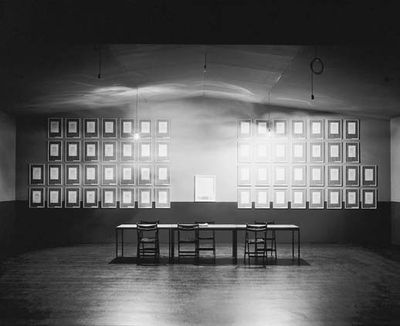 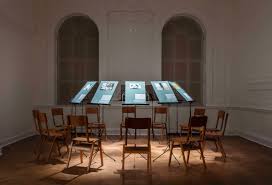 EC: You once said that the fly is “a metaphor for human existence.” Could you please explain what you mean by this?

IEK: Already explained this in previous question. Let’s try this explanation: yes, the Fly, like any human being, wants freedom, and she does think that she is free to fly, to move everywhere. But, suddenly, at any given moment, someone can notice her and either restrict her movements, or trap her or just kill her. It’s only illusion of freedom, of anonymity and invisibility. And this is the same for humans.

IEK: Inspiration was in my feelings for Emilia. And what can better show the beauty of a woman as interesting, unusual jewellery? It also looks fragile but it’s strong, eternal, with all the symbolism of classical design and contemporary at the same time. 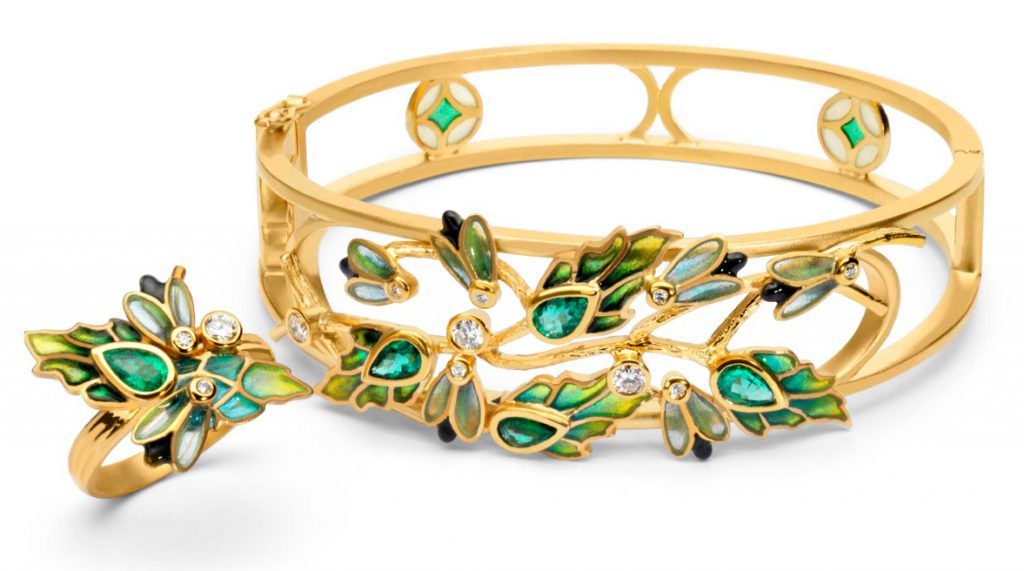 Ilya and Emilia Kabakov, The Fly (2010), 18kt yellow gold fire enamel bracelet and ring with diamonds and emeralds, edition of 15 each, signed and numbered. Photography by Deniz Güzel. 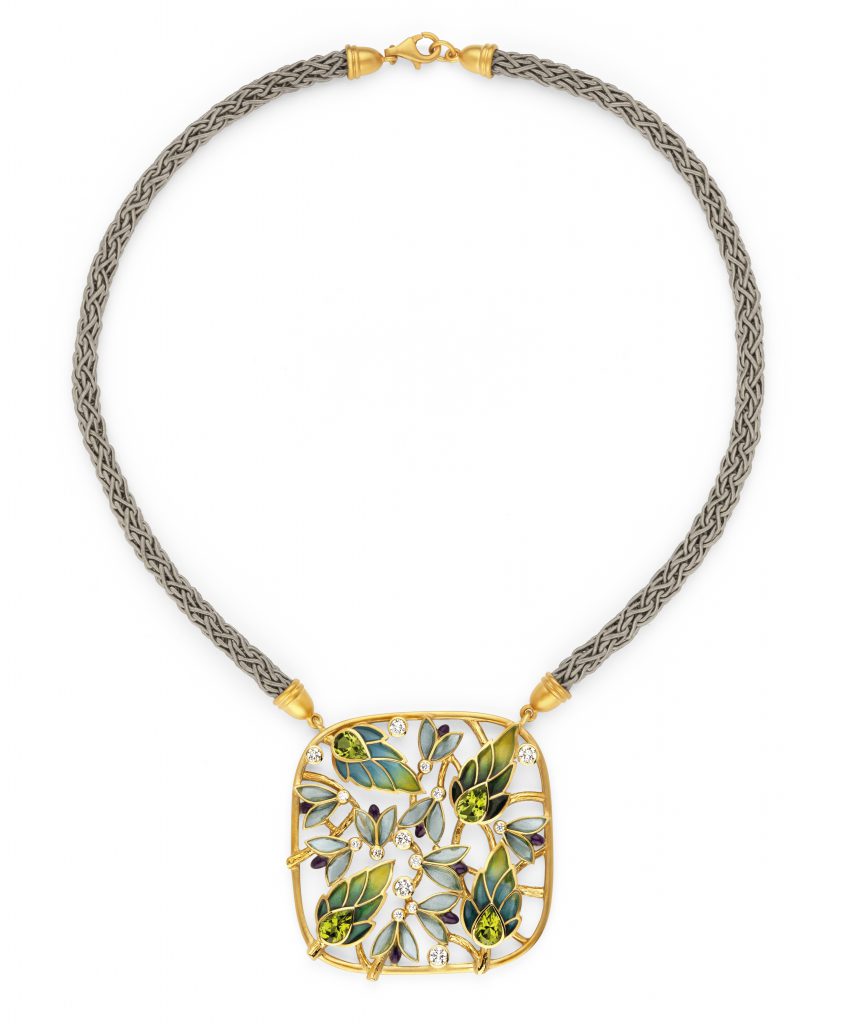 EC: The Fly wearable art set was meticulously crafted by Spanish jeweller MASRIERA from Barcelona using the old fire enamel technique. How does The Fly evoke the aesthetics of the Soviet Union?

IEK: What it has to do with Soviet Union aesthetics? It’s about love, feelings, tradition, eternity. 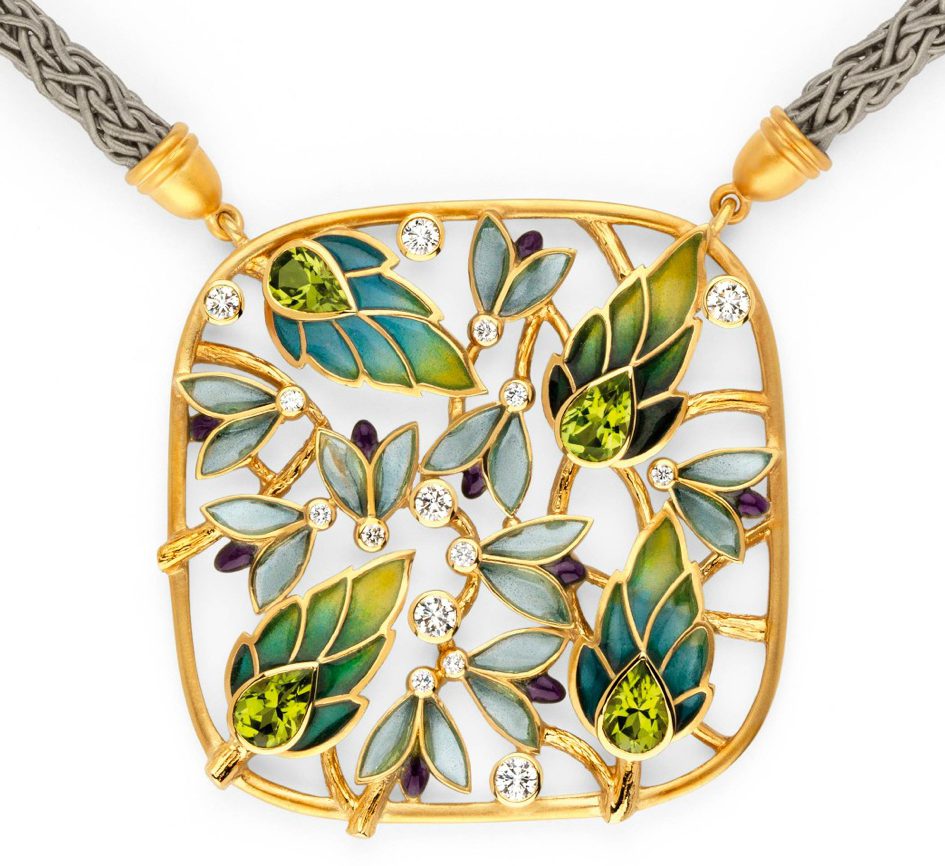 EC: Ilya, you originally conceived The Fly in 1992 as a present for Emilia, who is also your wife. The collection, however, was only fully realised in 2010. Does this add personal significance to your wearable art collection?

IEK: We just never got to realise it before you came with this great idea of Artist’s jewellery collection. And then we just used the opportunity to produce this set. And, of course, Masriera is my favorite  jewellery maker. Their collections survive time and fashion. It’s ageless, wearable and of museum quality. Highly unusual and at the same time elegant and beautiful. By now I do have a big collection of their pieces. Wouldn’t wear any other. 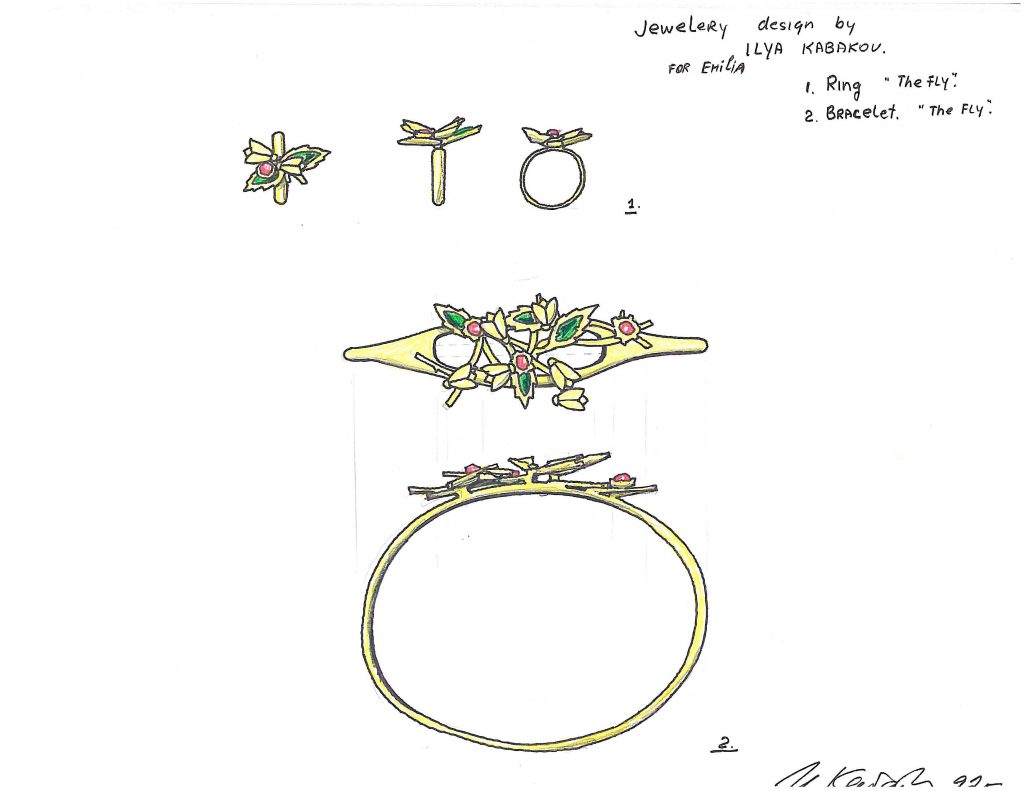 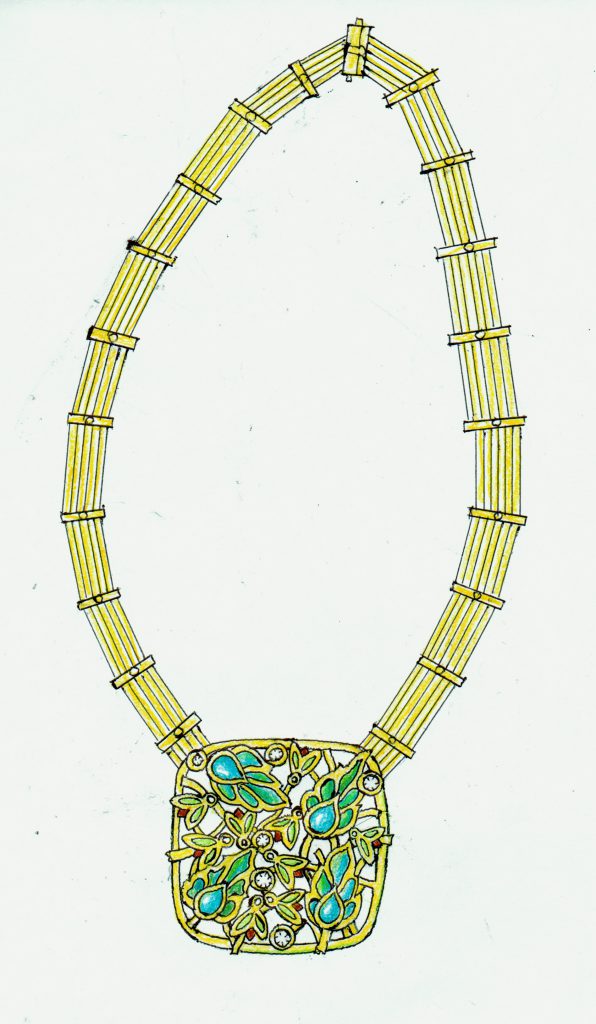 2010 original concept designs by Ilya Kabakov for The Fly necklace 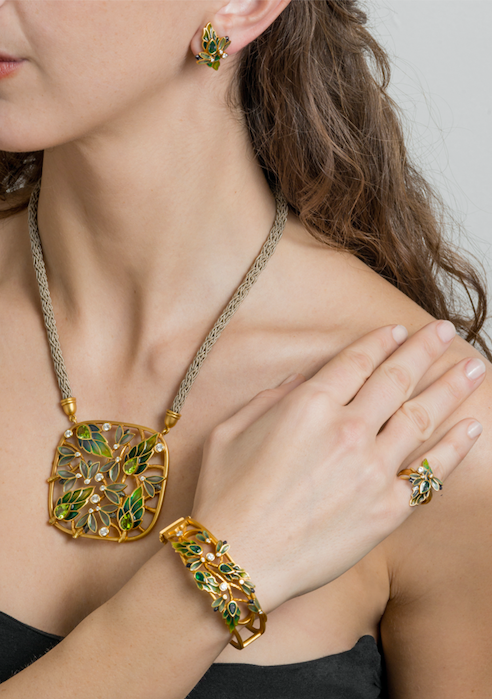