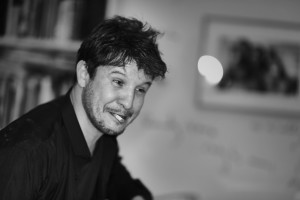 Born in Algeria in 1971, Adel Abdessemed left his country following the outbreak of civil war in the early 90’s and in 1994 moved to France. Since that time he has lived in various cities: Paris, New York, Berlin, London, and developed his work through video, drawing, performance, installation, sculpture, and collaborated with poets, thinkers and writers.