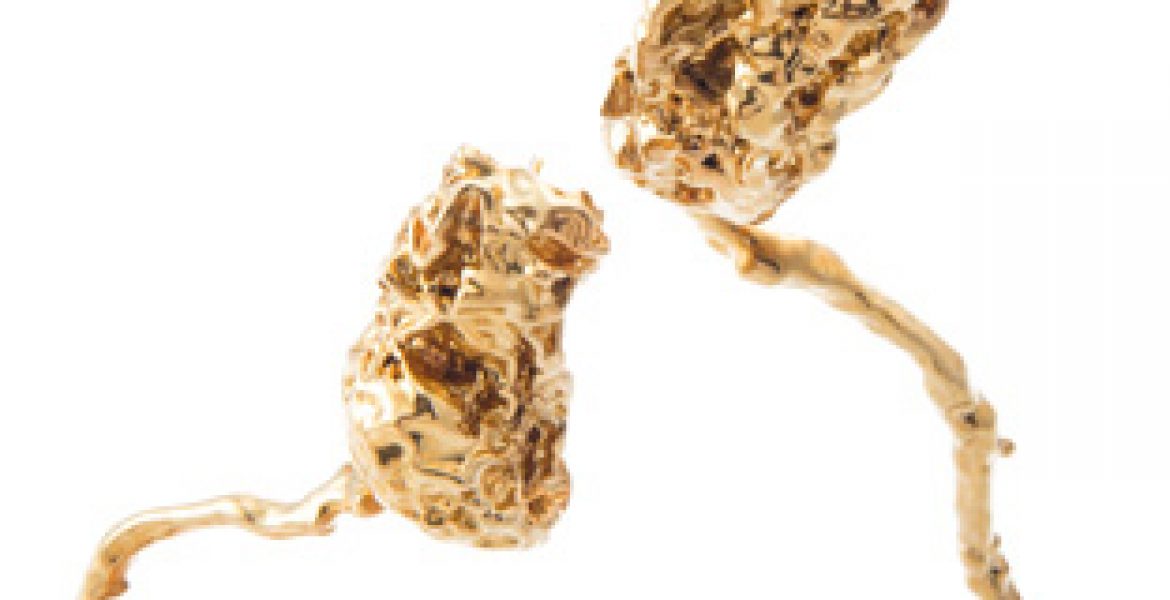 The Pommes de Jong is an ongoing project that came to life in 2007 in Bouan (Bourbonnais, France) where in the mid 1990’s de Jong and her husband Tom Weyland decided to buy a house. She created a vegetable garden and they planted potatoes in memory of the lack of food during the war. De Jong stored the potatoes in a 13th Century cellar and suddenly realized that she was fascinated by the huge number of sprouts that were growing from the shrunk tubers. When de Jong was asked by a jewellery collector to make a jewel for her, she thought that she might do something with these shrunk potatoes and their sprouts that were getting longer and longer.

De Jong specifically conceived for the show in London more than a dozen Pommes de Jong including earrings, necklaces, rings, brooches and cufflinks. The latter are made from the ‘potato balls’ and the other pieces are created with potatoes and their sprouts. Potatoes are dried slowly by the artist over a period of two years and are finally submerged in a bath of platinum or gold becoming seductive pieces of wearable art.