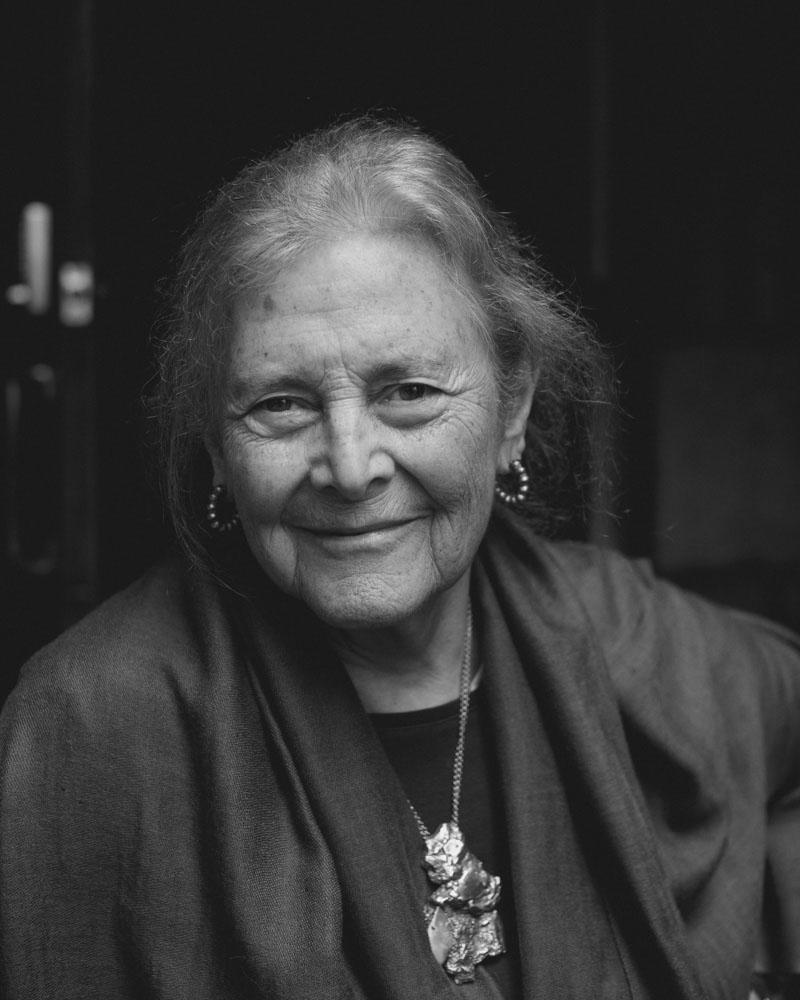 Liliane Lijn was born in New York and in 1966 she moved to London where she currently lives and works. In the early 60’s she started exploring with light and text being one of the first artist women to work with kinetic text. Her artistic practice finds inspiration in man-made and natural, science, technology, Eastern philosophy and female mythology. She is interested in making art where the viewer can interact.

The wearable art pieces by Liliane Lijn recall nature and its intimate essence.

I would like the ornaments I make to be reminders of the essence of our planet’s life. Volcanic magma, clods of earth, meteorites, lunar rocks, my sculptures to wear are essentially reminders of our origin.

Up until then, I had mostly worked with new industrial materials and techniques but with wax, I returned to a more traditional medium, used in sculpture for millennia. During this period, I happened, one day to playfully mould a handful of still very hot wax around my wrist. Somehow, the type of wax and the exact temperature at which I began to shape it resulted in something that looked very much like a clod of earth.

I thought it would be interesting to make a piece of jewellery that would have such a raw look.

In the shape of necklaces, cuffs, rings and belts, these pieces are created in pure electroformed silver and were made in Italy. The collection has been showcased in 2013 in Museo Civico di Santa Croce, Umbertide (Italy).

2017 Valencia, Liquid Reflections, Loeb Foundation, Museum of Fine Art Bern; Liliane Lijn:Poemdrums and Koans, One Canada Square; As Above So Below, IMMA, Dublin.

Her works are held in numerous collections including Tate London, British Museum, V&A and FNAC in Paris.