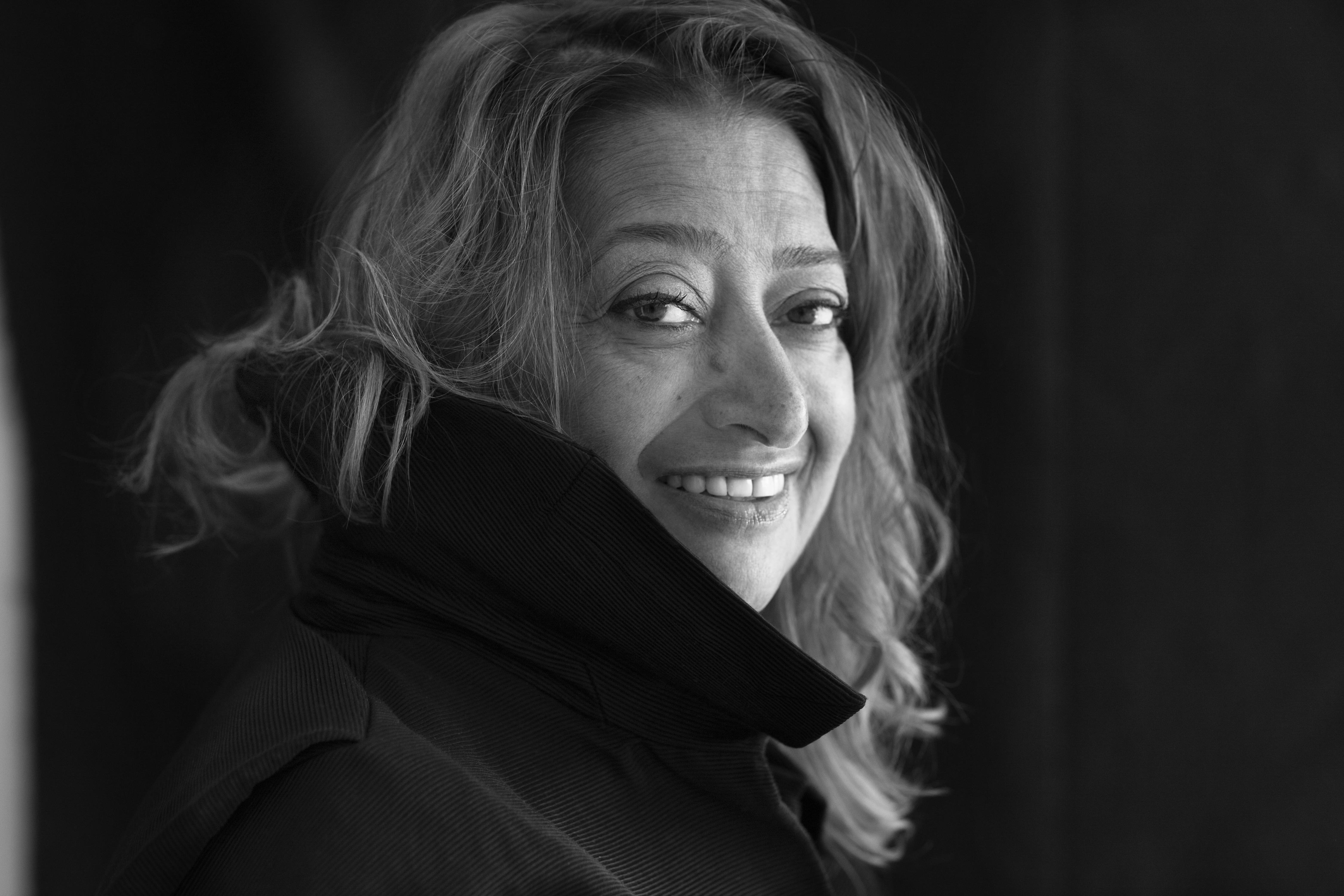 Dame Zaha Hadid (1950 – 2016) was an Iraqi-British architect, artist and designer, recognised as a significant figure in architecture of the late 20th and early 21st centuries.

Born in Baghdad, Iraq, Hadid first studied mathematics as an undergraduate at the American University of Beirut and then enrolled at the Architectural Association School of Architecture in London in 1972. In search of an alternative system to traditional architectural drawing, and influenced by Suprematism and the Russian avant-garde, Hadid adopted painting as a design tool and abstraction.

She joined her former professors, Rem Koolhaas and Elia Zenghelis, at the Office for Metropolitan Architecture in Rotterdam, where she became a partner in 1977. By 1979 she had established her own practice in London – Zaha Hadid Architects – gaining a reputation across the world for her trail-blazing theoretical works including The Peak in Hong Kong (1983), the Kurfürstendamm in Berlin (1986) and the Cardiff Bay Opera House in Wales (1994). Zaha Hadid’s body of work – created in over 30 years – was the subject of several critically acclaimed exhibitions: New York’s Solomon R. Guggenheim Museum (2006), London’s Design Museum (2007), the Palazzo della Ragione in Padua (2009), the Philadelphia Museum of Art (2011) and the State Hermitage Museum (2015).

Hadid started exploring the realm of wearable sculpture in 2010 when she created her first collection for a renowned jewellery house. She calls her creations ‘portable sculptures’ which are often inspired by naturally occurring cell structures like, for example, a honeycomb. Hadid mainly chose precious materials, like gold, for her pieces which were often adorned with diamonds.

‘There is a lot of fluidity now between wearable art, architecture and visual art — a lot more cross-pollination in the disciplines.’ – Zaha Hadid