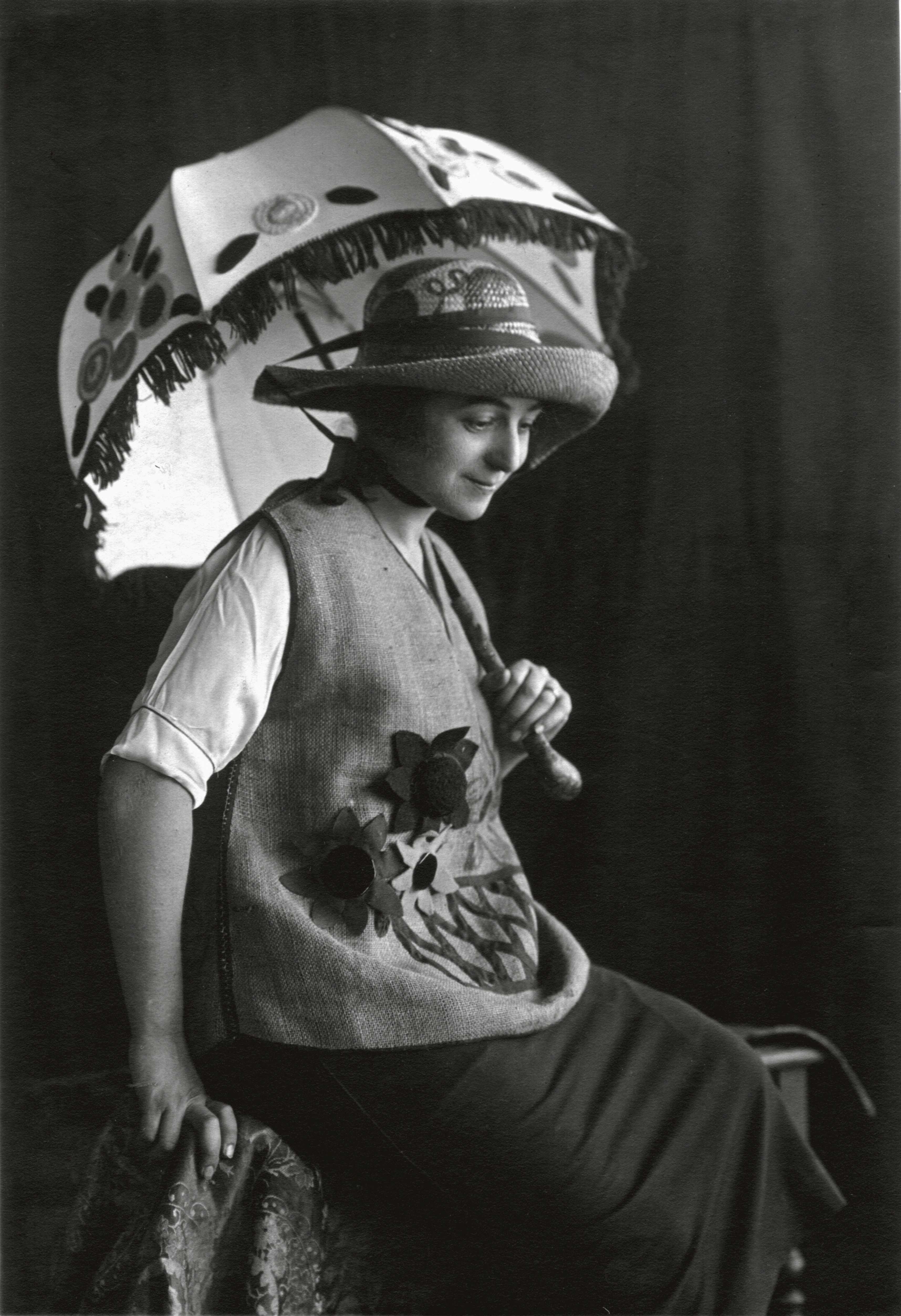 Sonia Delaunay (1885–1979) was a key figure in the Parisian avant-garde and became the European doyenne of abstract art.Throughout the first half of the twentieth century, she celebrated the modern world of movement, technology and urban life, exploring new ideas about colour theory together with her husband Robert Delaunay. Born and raised in Russia, she was educated in Germany and then France, making Paris her home just as modern art was finding a new way to find meaningful subject matter not dependent on realistic depictions of the world. Sonia was one of the primary propagators of Orphism (a movement founded by her husband Robert), a theory wedding color to form in order to achieve visual intensity on the surface of the canvas. Delaunay extended the visual exploration of this theory to a range of fields beyond painting, developing an entire career in textile design and fashion.