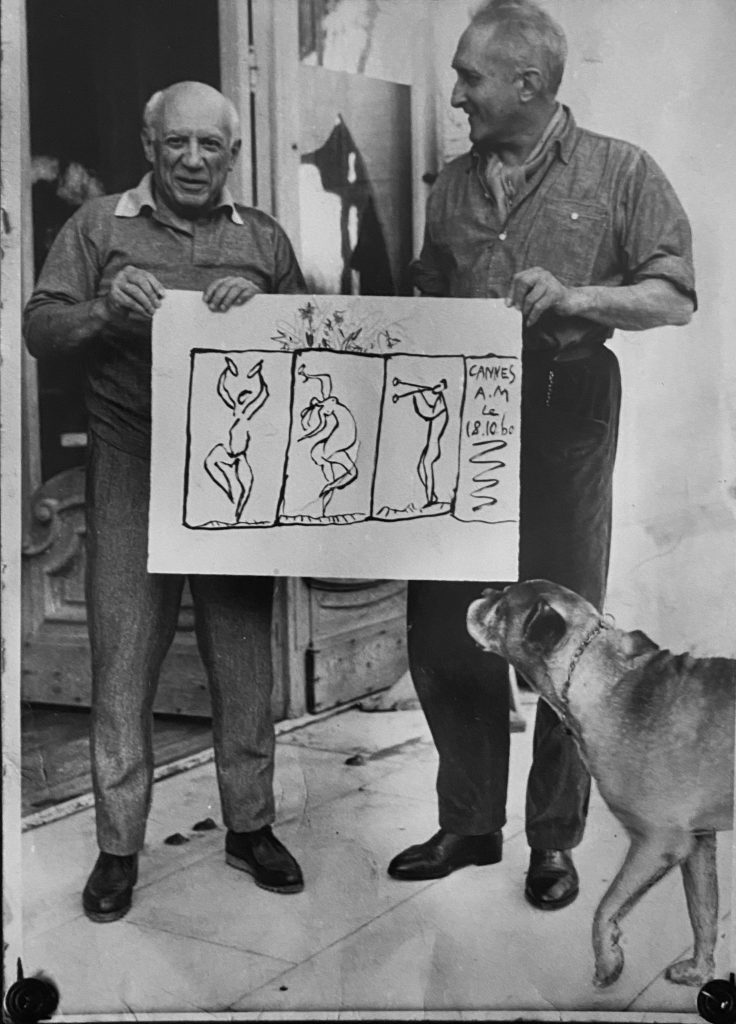 Picasso and great-grandson of the famous writer Victor Hugo, François Hugo, began collaborating on large plates that were part of Picasso’s private collection, personal and treasured objects, of which Picasso kept hidden under wraps. The collection of objects Picasso entrusted to François Hugo to be executed in silver and gold between 1956 and 1967, were considerably varied in both conception and style. Including sculpture, ceramics, and jewellery, the collaboration encompassed the many aspects of art that intrigued Picasso at the time.

For a great many years, the existence of these golden medallions were virtually unknown, as Picasso had initially made these pieces with the intention of keeping them for himself and not offering them for sale to the public. Only after years of collaboration, did François Hugo gained the permission to commercialise the plates and to recreate a smaller version into the form of 23 kt gold medallions. The edition of medallions echo the imagery of the plates and is in an edition of 20, plus two artist’s proofs. When Picasso had ask for his collaboration to be realised in gold wearable art, did his contemporaries, Jean Cocteau and Max Ernst, followed his lead shortly after.

Each medallion has a reference number from the Atelier Hugo.