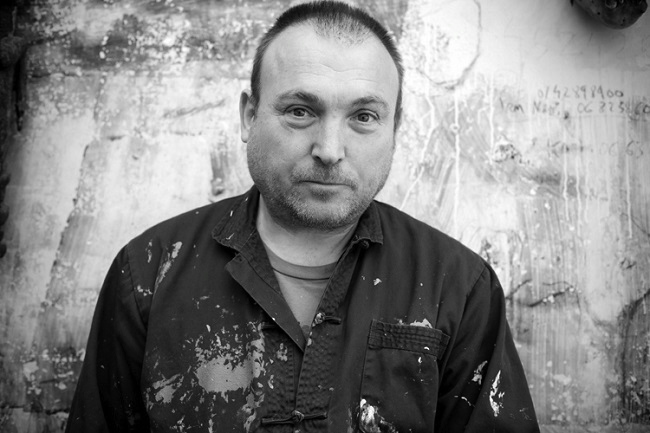 Miquel Barceló (Spanish, b.1957), is known for his diverse body of work, including large-scale gestural paintings, ceramic installations, and bronze sculptures. After studying art in Palma de Mallorca and then in Barcelona, Spain, he joined a group of Conceptual artists engaged with ecological issues, which has greatly influenced his interest in depicting natural motifs in his work. In the 1980s, he incorporated organic materials, soil, and stone into his paintings, influenced by the art of Antoni Tapiès and Anselm Kiefer. When addressing topics such as decay and transience in his work, he also refers to Spanish mysticism and to the Spanish tradition of baroque painting.

Barceló currently works in a more figural style and with subject matters including landscapes, portraits, and still lifes. His frequent travels between his two main studios, in Paris, France and in Mali, West Africa, have also greatly influenced his artistic development, choice of imagery, and his use of alternative materials in his work. Barceló, who reached international acclaim after participating in the São Paulo Biennial in 1981 and Documenta 7 in Kassel in 1982, is now regarded as one of the most important representatives of Contemporary Spanish Art. He has had several solo exhibitions, including shows at the Institute of Contemporary Art in Boston, MA, the Galerie nationale du Jeu de Paume in Paris, France, the Museu d’Art Contemporani de Barcelona and the Centro de Arte Reina Sofiá in Madrid, Spain, and the Irish Museum of Modern Art in Dublin. In 2004, Barceló became the youngest living Contemporary artist to exhibit work at the Louvre in Paris, and has also been nominated for the Prince of Asturias Award.

He is also well known for his large-scale works for public buildings, including a monumental ceramic work for the Palma de Mallorca cathedral and a ceiling painting for the United Nations Office at Geneva, Switzerland. He was selected to represent Spain in the 2009 Venice Biennale.