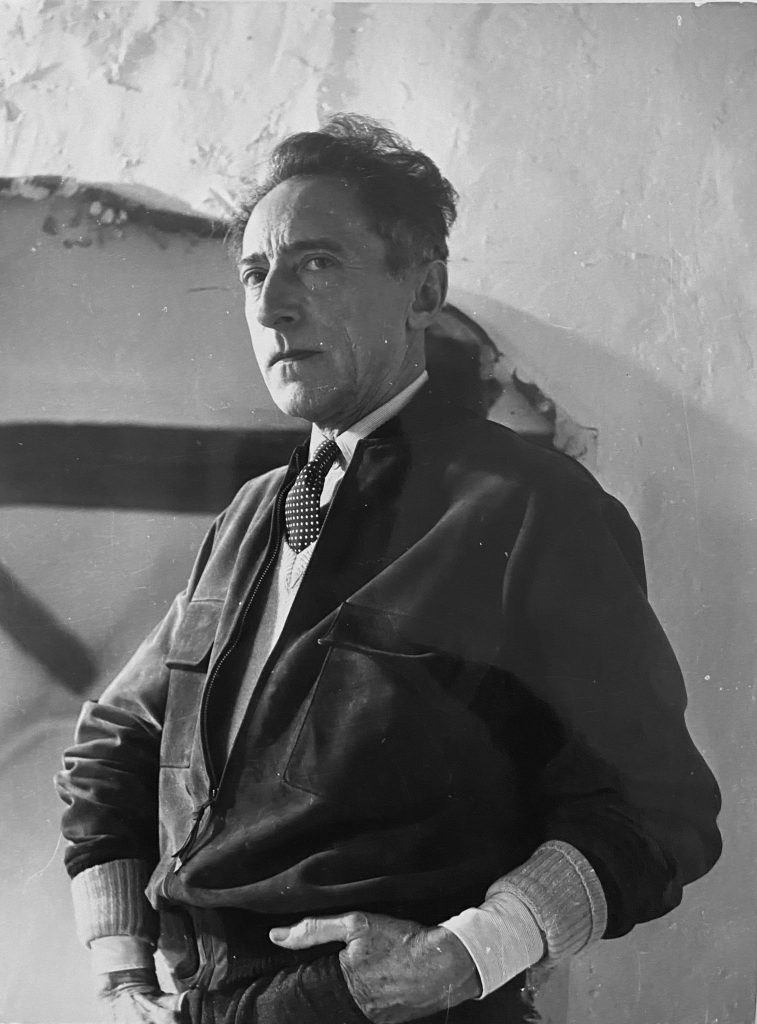 Jean Maurice Eugène Clément Cocteau (1889 – 1963) was a French poet, playwright, novelist, designer, filmmaker, visual artist and critic. He was one of the pioneers of the surrealist, avant-garde, and Dadaist movements; and one of the most influential figures in early 20th-century art as a whole.

The wearable art collaboration between François Hugo and Jean Cocteau began in 1960 and brought to life an extraordinary collection of sculptural pieces which are based on Cocteau’s prolific collection of drawings. Together, they went on to create a total of 13 wearable art pieces, some in 23kt gold and others in 18kt gold, and often adorned with precious stones.

Many of Cocteau’s designs are based on human beings and mystique creatures, inspired by ancient civilisations and astrological symbols. In 1961, the pieces were exhibited at the International Exhibition of Modern Jewellery in London.