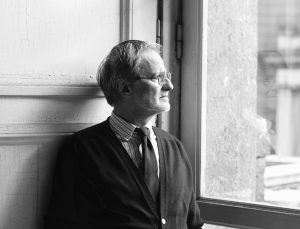 Italian artist Giulio Paolini (b. 1940) is a leading figure in the Post-War Italian art, often associated to the Arte Povera movement, and came to prominence as part of a generation of Italian artists including Mario Merz, Jannis Kounellis and Michelangelo Pistoletto. His belief that a work of art is not just itself in the ‘here and now’ but also the record of earlier traditions, has led him to investigate art’s relation to the past. Driven by an exploration into the nature of images, the making of art and the role of the artist, Paolini asserts that ‘to be authentic, a work of art must forget about its author.’