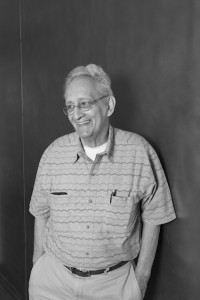 Frank Stella (Malden, b. 1936) is an American abstract painter, living and working in New York since 1958.

Known for his work in reaction against Abstract Expressionism and for his considerable influence on Minimal sculpture, Stella developed his work in series, from black to multi-colour shaped canvases. He then painted more elaborate designs such as those of the “Irregular Polygons” and the “Protractor” series.

Major solo exhibitions include the Solomon R. Guggenheim Museum’s The Shaped Canvas (1965) and Systemic Painting (1966), a retrospective of Stella’s work in 1970 at the Museum of Modern Art in New York and the 2015 Frank Stella: Retrospective at the Whitney Museum of American Art, New York. His work is included in major international collections. Among the many honours he has received, he was awarded the National Medal of Arts by President Barack Obama in 2009 and the Lotos Foundation Prize in the Arts and Sciences in 2016.