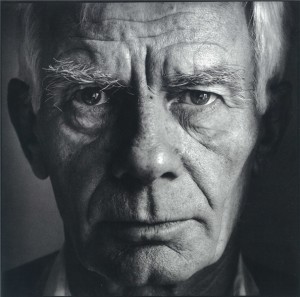 Enrico Castellani (Italian, 1930-2017) was one of Italy’s most influential contemporary artists who is also associated with Movimento Arte Nucleare and Azimut, and is best know for his “paintings of light”.

His series Superficie Nera (1959) was made with the use of a nail gun, in order to make a relief surface with protrusions and depressions that creates a visual effect of light and shadow.

Castellani has exhibited at the most renowned institutions in the world including the MoMA and the Solomon R. Guggenheim Museum, New York; Centre Georges Pompidou, Paris; Stedelijk Museum, Amsterdam; Palais des Beaux Arts, Brussels and has represented Italy at the Venice Biennale.

In 2010 The Honorary Patron of the Japan Art Association awarded Castellani with the Praemium Imperiale for Painting, the highest artistic award worldwide.