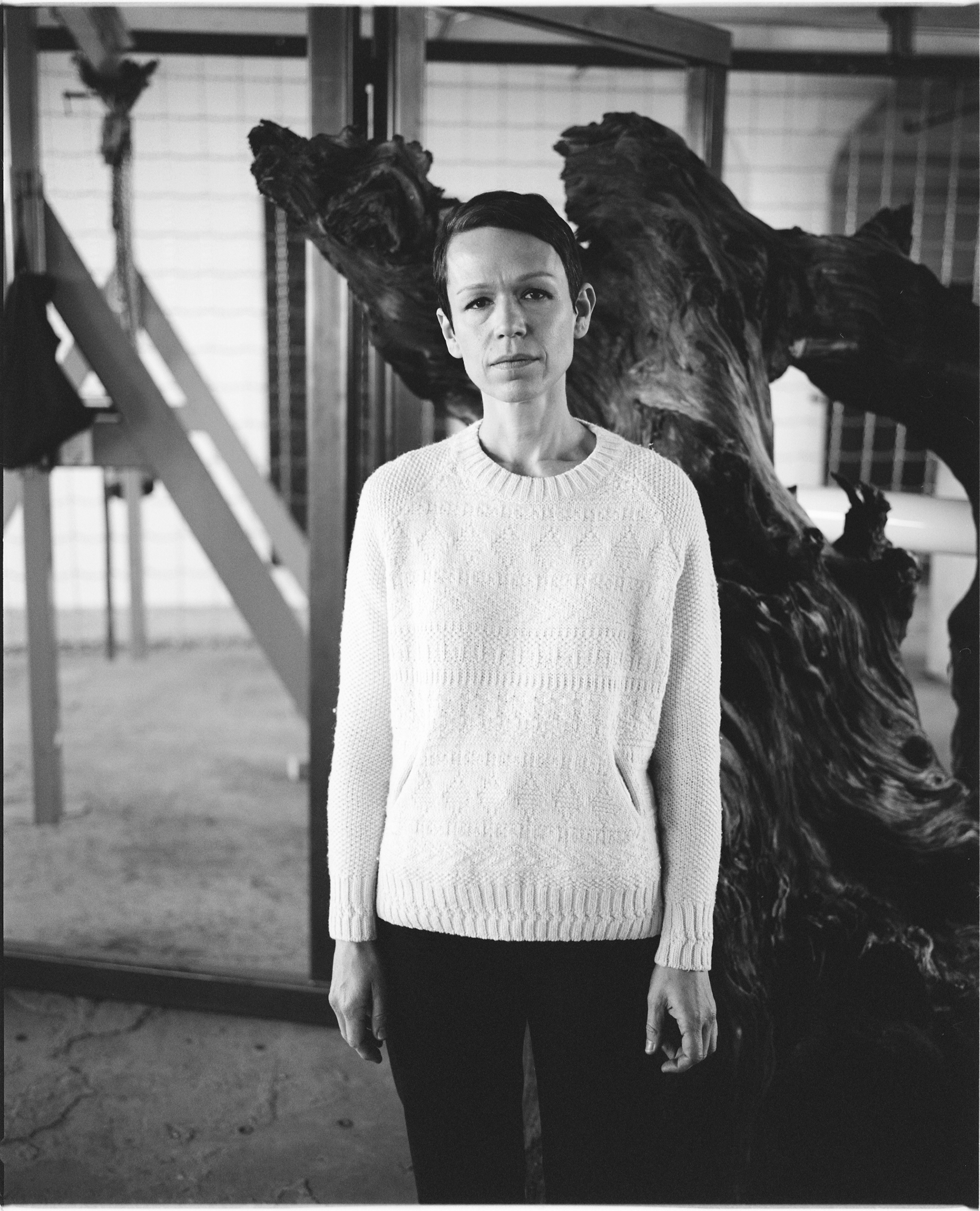 Born in Geneva in 1971, Carol Bove is an internationally renowned artist based in New York.

Bove is best known for her large-scale sculptures, which she has described as ‘big, heavy, but fragile.’ Her sculptures are often displayed outside or in public spaces. Using a wide range of materials, including steel, concrete, books, driftwood, peacock feathers, seashells, and foam, Bove’s diverse practice encompasses sculpture, installation, and drawing.  The artist plays with questions of materiality, representing and updating historical ideas of display, mostly in a minimalist way.

Bove has been honoured with solo exhibitions at art institutions around the world including The Museum of Modern Art (New York), Palais de Tokyo (Paris), and the Kunsthalle Zurich. In 2015, Bove and the Italian architect Carlo Scarpa collaborated for an impressive exhibition which investigated how the ways in which objects and artworks are displayed gives them meaning.

Bove’s most recent project was commissioned by the Metropolitan Museum of Art in New York. The artist has been asked to create sculptures for the niches along its Fifth Avenue façade and the outcome are four breathtaking colossal sculptures made of sandblasted, crumpled stainless steel tubes with 5-ft-wide reflective aluminium disks.