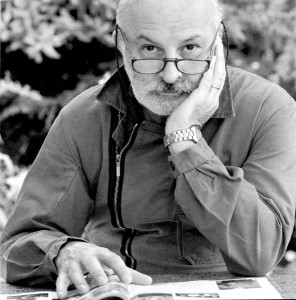 Arman (French-born American, 1928-2005) was a painter who moved from using objects for the ink or paint traces they leave to using them as the painting itself.

He is best known for his “accumulations” and destruction/recomposition of objects. Arman’s first major inspiration in his artistic career was by an exhibition of the German Dadaist Kurt Schwitters in 1954. From 1959 to 1962, Arman developed his most recognizable style, beginning with his two most renowned concepts: “Accumulation” and Poubelle” (“trash bin”). Accumulations were collections of common and identical objects, which he arranged in polyester castings or within Plexiglas cases. While the “Poubelles” were collections of strewn refuse.