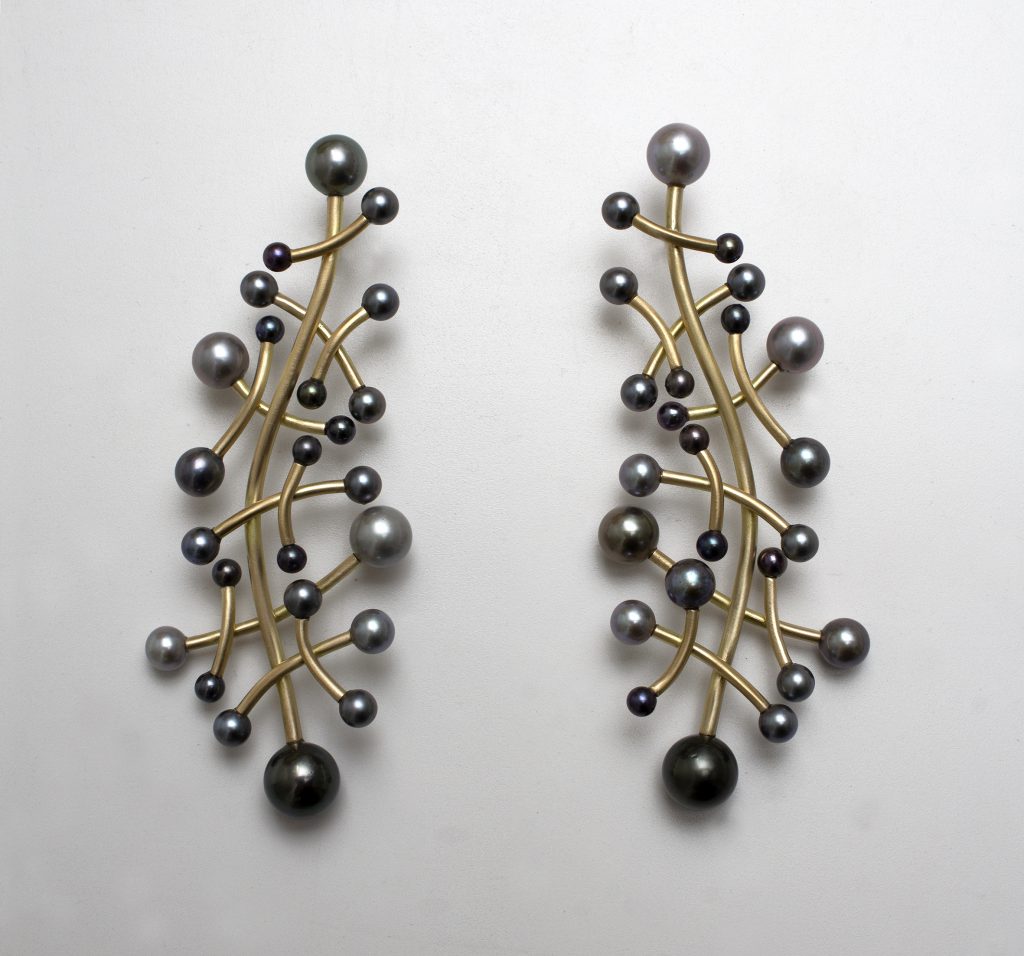 For this special retrospective exhibition, Elisabetta has invited Giorgio Vigna to present two new projects, Floralia and Crystalline, together with a series of new sculptures, Flora Maris. Inspired by the earth as a major life force, Vigna’s wearable art and sculptures take the form of primordial organic formations, reflecting the artist’s fascination with water and earth; fundamental elements in his work. Crystalline is a precious ring made of yellow sapphires and gold and is representative of the earth. As described by the artist, the ring is “like the solid core of the earth transforming into a skin of light and gold.” In Vigna’s new Floralia earrings made of pearls and gold, marine life is the main focus. The earrings represent aquatic inflorescences moving freely, illuminating the wearer’s face. These wearable sculptures, inspired by the earth and sea, are profoundly linked to the sculptures of Flora Maris. The aquatic formations seen in Floralia, and the earth-like rock structure represented in Crystalline, come together in Flora Maris to represent otherworldly marine creatures moving on astral rocks. Ultimately, in Vigna’s organic wearable art and sculptures alike seamlessly meld the natural and the sublime – suspended between the real and the imaginary. 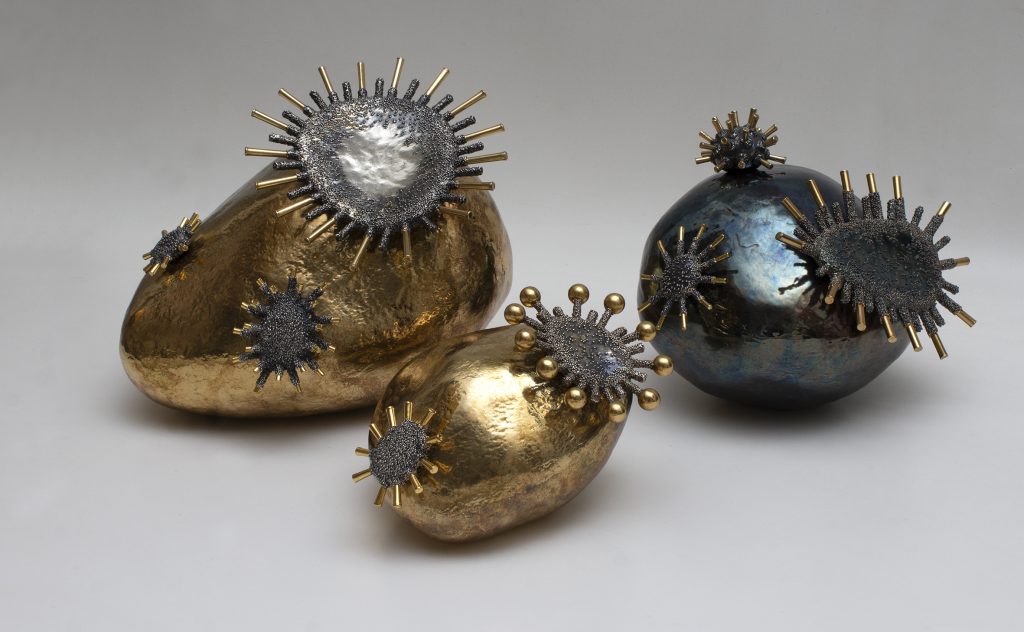 Born in 1955 in Verona, Giorgio Vigna is based in Milan, where he currently lives and works as an artist. Interested in blurring the boundaries between reality and the imaginary, Vigna draws inspiration from nature. His works, spanning from sculpture and jewellery to works on paper and site-specific installations, reflect the breadth and depth of his ongoing research.

Elisabetta Cipriani invites renowned international sculptors and painters to create exclusive wearable sculptures with the use of precious materials. These pieces are created exclusively for Elisabetta Cipriani as a limited series or as unique pieces.
The creative process for these collaborations begins with persuading the esteemed artists to create a one of a kind jewel. These are challenging projects for the artists, who welcome the opportunity to experiment with a new artistic medium and are often approaching the realm of jewellery for the first time. The artist develops a design which encapsulates their artistic poetics. Elisabetta and the artists follow the creation process very closely, and once the prototype has been approved by all parties, either the artists him/herself or our specialized goldsmith based in Rome produce the final piece. The ultimate result is an exceptional jewel which represents the most intimate expression of the artist.

A selection of the gallery’s collaboration projects can be found in museums and private collections around the world, including the Musée des Arts Décoratifs, Paris; the Museum of Art and Design, New York; The World Jewellery Museum, Seoul;  The State Hermitage Museum, St Petersburg; and the Stedelijk Museum ‘s-Hertogenbosch, the Netherlands.